The Christmas We Get, We Deserve

One of my favorite all time Christmas songs is "I Believe in Father Christmas" by Greg Lake of Emerson, Lake and Palmer.  This is a live version from a charity event up in Albany in 1994.  If you know the song, it's a honest realization of Christmas.  And the last lyric in the song, "The Christmas we get, we deserve" is something I have believed in ever since I first heard the song.

For Butler -  A Diamond Head Classic Championship, so we can stop hearing from so-called experts that Butler has been a disappointment so far this season, which is completely bogus.

For Bruce Pearl - Lots and lots of coal.  You've been a very bad boy this year, Bruce.  You're lucky your only real punishment so far is the SEC suspending you.

For Jim Calhoun and UConn Men's Basketball Program- Whatever Pearl gets as far as coal in his stocking, you should get triple that amount. And Calhoun, how can you not know about all those text and phone messages.  Seriously.

For Charles Jenkins - The Hofstra scoring record and a long career in the NBA.  By all reported accounts and people in the know, Jenkins is a wonderful human being as well as a wonderful player.  Both achievements would be a deserving reward for him.

For My Friend Tony Bozzella - A MAAC Women's Basketball Conference Tournament Championship.  That would mean an automatic bid to the NCAA Women's Tournament.  Nobody deserves this more than Coach Bozzella.

For Jerry Beach, aka Mr Defiantly Dutch and all Hofstra fans - CAA Tournament Championships for the men's and women's basketball teams, and a College World Series appearance for the terrific softball team.

For the NCAA  - A complete and thorough investigation of your policies by an outside organization, which results in a complete overhaul for your corrupt organization.  After all the inconsistent rulings involving basketball players, The No Clue At All pull off this gem as far as the Ohio State football team.    The five Ohio State players violate the NCAA rules, there's a suspension involved for next season, but they can play the bowl game.   Just an awesome ruling. 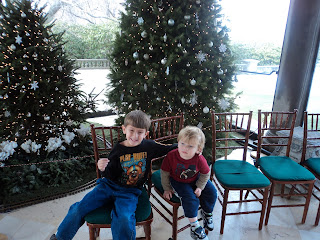 For my fellow CAA fans - A great CAA Tournament and a multi- NCAA Tournament bid in 2011.  Right now, if all things stay the same, that would mean ODU would have to lose in the CAA semifinals and get an at large bid (of course I have Hofstra winning from the above wish).  But that's OK Monarch fans cause I wish you guys...

For Old Dominion Fans - A Sweet 16 appearance for one of my favorite current NCAA teams.  Nothing says Christmas like "Ground and Pound".

For West Coast Conference, Missouri Valley and Horizon League fans - Multi bids for the 2011 NCAA Tournament as well.  Hey, I am in the giving mood this year and your leagues deserve them anyhow.

For the Antichrist, John Calipari, this song.   But I will give you some rare credit, I really like your team this year.  They are fun to watch.

For All Mid Major/Atlantic 10/Conference USA Basketball Fans - One of your teams runs the table and wins the big dance!   We were so close with Butler last season, so why not break on through to the other side and win it all because then...

For Kyle Whelliston - A season that doesn't end in loss.  So close to having that last season. Let's hope this season it finally happens in the last 100 game season for the Mid Majority.

Again, I hope you all get the Christmas and New Year that you deserve.
Posted by Unknown at 8:58 AM