2015-16 Hofstra Pride Preview - It's All About The Frontcourt 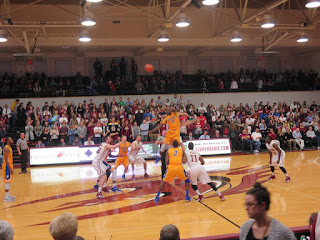 Coming off a 20-15 season, their first winning season since the 2010-11 season, the Hofstra Pride under head coach Joe Mihalich are the fashionable pick to win the CAA and head to the NCAA Tournament for the first time since 2001.  They are lead by one of the best returning guard trios in the country; Juan'ya Green, Ameen Tanksley and Brian Bernardi.  The Pride are the most talented, experienced group returning to #CAAHoops this season after Northeastern and William and Mary, the 2014-15 CAA champion and the CAA runnerup respectively lost key players to graduation.

Does that sound familiar? It should. 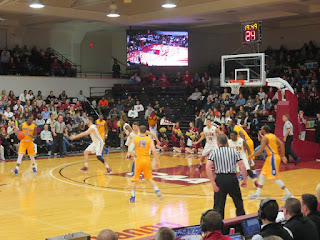 It made sense that the 2006-07 Pride would be the CAA favorites the following season. They were also returning their star guard trio of Loren Stokes, Antoine Agudio and Carlos Rivera.  UNC Wilmington, George Mason and Old Dominion, the other top three teams from the season before, also lost key players to graduation.  It seemed to be Hofstra's time. 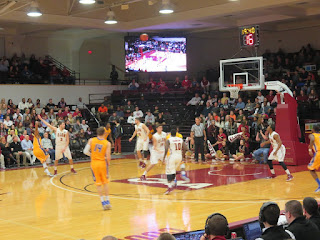 It wasn't.  Hofstra stumbled out of the game in the 2006-07 season, losing their first three games. Though the Pride would finish third in the CAA in the regular season, they would lose in the CAA Tournament Quarterfinals to none other than George Mason.   Hofstra made the NIT again, but lost by 12 points at DePaul finishing the season with a disappointing 22-10 record.

So why did the 2006-07 Pride not live up to the billing despite Stokes, Agudio and Rivera combining for nearly 54 points per game and the team shooting 45 percent from the field?

The answer was the frontcourt. 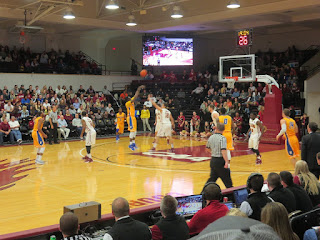 In 2005-06, the Pride were more than just Stokes, Agudio and Rivera.  Starting Senior forwards Adrian Uter and Auremis Kieza by themselves combined to average 20 points and 15 rebounds per game. 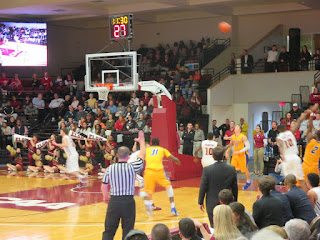 The 2014-15 Pride's leading scorers were Green, Tanksley and Bernardi. They combined to average 45 points and 13 rebounds per game.  They also combined to hit 230 three pointers.  That's not a misprint.  Two Hundred and Thirty.  Ridiculous.

But the 2014-15 Pride were much more than that trio.  Two now graduated key members were the fourth and fifth leading scorers, Dion Nesmith and Moussa Kone, who combined to average 20 points and nine rebounds per game. 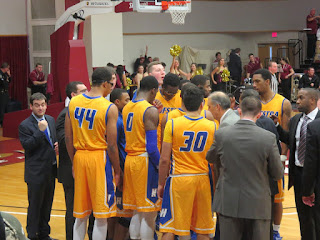 The difference between this upcoming season and the 2006-07 season though might be that there is more scoring and rebounding ability in this team with returning players Malik Nichols and Rokas Gustys.  Nichols and Gustys combined to average 11 points and 10.5 rebounds per game, while each player averaged only about 17 minutes per game. The pride also have another guard returning, Jamall Robinson, a six foot five junior, who averaged 4 points and 2 rebounds per game in seventeen minutes per game.

Throw into the mix a returning six foot ten Andre Walker, who averaged double digit minutes in 7 of the first 9 games last season before being relegated to the bench.  Walker should see more action this season and hopefully live up to the billing he had coming out of The Bullis School in Maryland.   The Pride sorely need his shot blocking ability on defense. 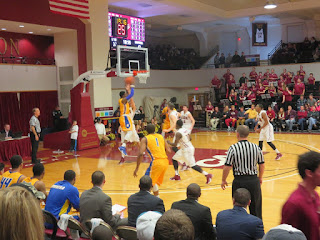 Also, the Pride have added graduate transfer student Denton Koon, who played for Princeton and averaged 10.5 points per game as a sophomore and 7.7 points per game as a sophomore. The six foot eight Koon missed the entire 2014-15 season due to a knee injury.  The Pride also added six foot ten Ibrahim Djambo, a transfer player from Clemson.  However, Djambo is missing the entire fall semester due to having to go home to his native Mali for family reasons.  It remains to be seen if Djambo will return for the spring semester for Hofstra. 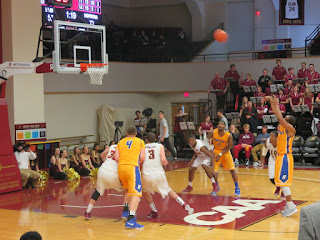 However, the new NCAA rules changes, the new 30 second shot clock and the new hand check and bumping rules, if strictly enforced, should open up more scoring.  This should only help teams like Hofstra that are built on offense. 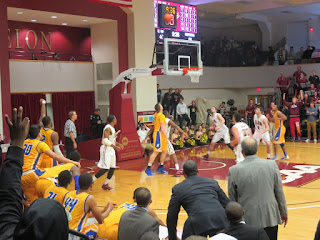 We'll know pretty quickly how good Hofstra really is when the Pride go to the Paradise Jam on November 20, with their first opponent being Florida State.  You can find the Hofstra schedule here.

Green, 17.1 points per game, and Tanksley, 16.2 points per game, are the two leading returning scorers from the CAA (W&M's Marcus Thornton graduated and Drexel's Damion Lee graduate transferred to Louisville). Those will be givens again, as well as Bernardi averaging 11.6 points per game.

The question will be can Gustys, Nichols, Robinson and Koon, along with others, not only makeup for the loss of Kone and Nesmith, but actually improve the numbers on scoring and defense.  If so, then Hofstra will have its first NCAA appearance in fifteen years.

For those who bleed blue and gold, that's a long time coming.
Posted by Unknown at 6:56 AM No comments: